It is with heavy hearts that we share the news that Bill Ptacek passed away peacefully on Tuesday, October 15.

Bill was a visionary who came to Calgary to bring the new Central Library to life but left his mark in ways we are still counting. He played a pivotal role in re-imagining how Calgarians connect and use libraries and he will be deeply missed.

We will remember Bill for the incredible energy and vigor he brought into libraries by creating spaces that are lively, spark discussion, and are welcoming community hubs. But mostly, we will miss his infectious personality and his ability to inspire greatness in all of us.

In the coming days and weeks we will determine how to best celebrate Bill’s legacy at the Calgary Public Library and his impact on our community.

Our thoughts are with Bill’s family and friends. 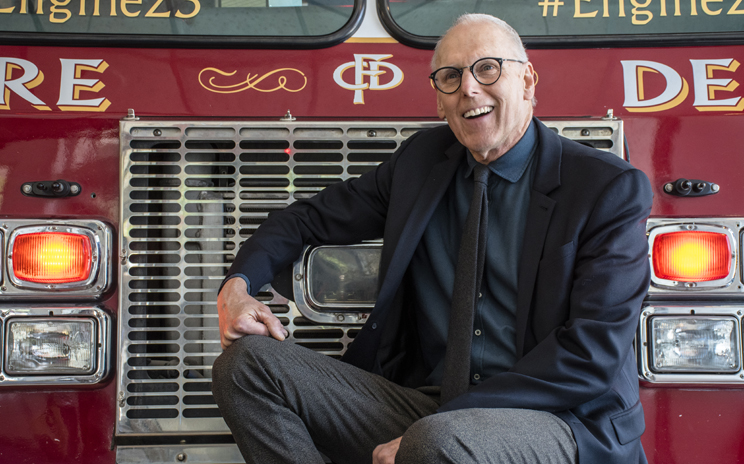 Bill Ptacek joined the Calgary Public Library as its CEO in early 2014. Previously, Bill was the Director of the King County Library System in western Washington State, where he led King County to become the Library Journal's "Library of the Year" in 2011.

During his time at Calgary Public Library he worked hard on developing relationships for the Library with government and community groups, and partnerships with the school boards. He also led multiple new initiatives, including a full rebranding, a new catalogue and website, a focus on safety at the Central Library, free library cards for all, the growth of the Library’s Foundation, and a refresh in the design and collections at all libraries in the system.

He was passionate about early literacy initiatives, including building 12 early learning centres across Calgary and actively grew the reach of the Library through two new locations and the opening of the new Central Library on November 1, 2018.

Recently, the City of Calgary named Bill as its 2018 Citizen of the Year and the Urban Libraries Council presented him with the 2019 ULC Executive Board Award.