All Library locations are open at regular hours. For the latest updates to service, visit calgarylibrary.ca/covid-19
Menu 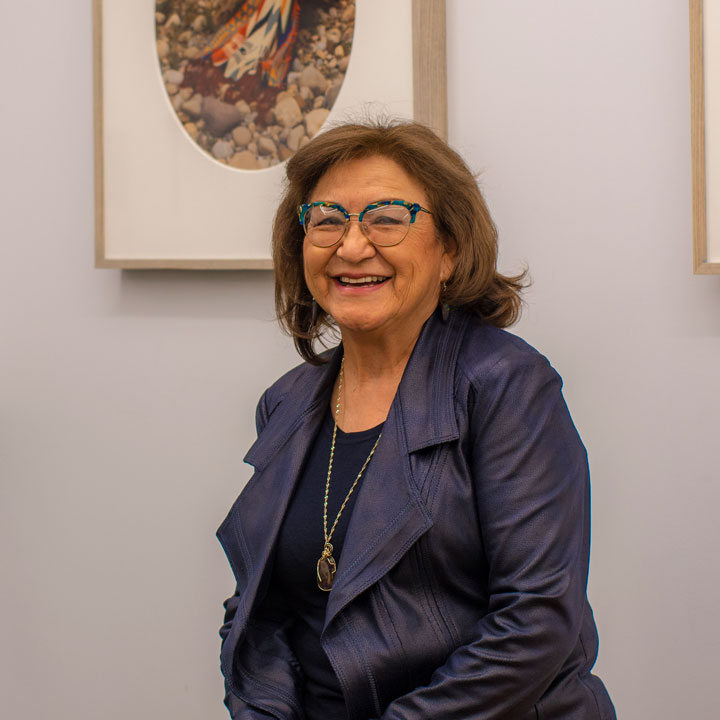 Evelyn Good Striker is a Lakota Dakota from Standing Buffalo First Nation in Saskatchewan and Cheyenne River Sioux Tribe in South Dakota. She grew up experiencing the shifting education policies of the federal government: attending Day School, Residential School, and eventually integrating into a public school at Fort Qu’Appelle, Saskatchewan where she attained a Grade 12 education. Evelyn earned a B. Ed and an M.Ed. from the University of Lethbridge. She has been in the education profession for many years as a classroom teacher and administrator. Evelyn has enjoyed her long career as an educator and cultural advisor. She loves working with students, parents, educators, and anyone who wants to engage in the excitement of learning.

Alice Kaquitts’ Iethka Nakoda name is Yumotata Mani, which translates closely to Grizzly Walker in the English language. She resides on the Stoney Indian Reserve in Morley and is a member of the Wesley First Nation. She is a mother, grandmother, knowledge keeper, and interpreter/translator of the Iethka Nakoda language. She currently holds a Social Work Diploma from Mount Royal University and a Bachelor’s Degree in Social Work from the University of Calgary.

Alice has worked in a management capacity in her own community for decades, in addition to providing services to children in care. Alice was involved in the Indian Residential School hearings as an interpreter. She also serves as an elder advisory for the National Gathering of Elders. Over the years, she has been invited by numerous elder advisory groups and organizations to share her knowledge and expertise on the Iethka Nakoda perspective.

Presently, her work consists of consulting, advising, course development, participating on panels, presenting on traditional parenting, history, culture, and the Nakoda language. She also co-hosts a radio talk show every week with Thomas Snow called Conversational Nakoda on CJWE FM 88.1. Alice is also in the process of developing an Iethka Nakoda dictionary with several community members. 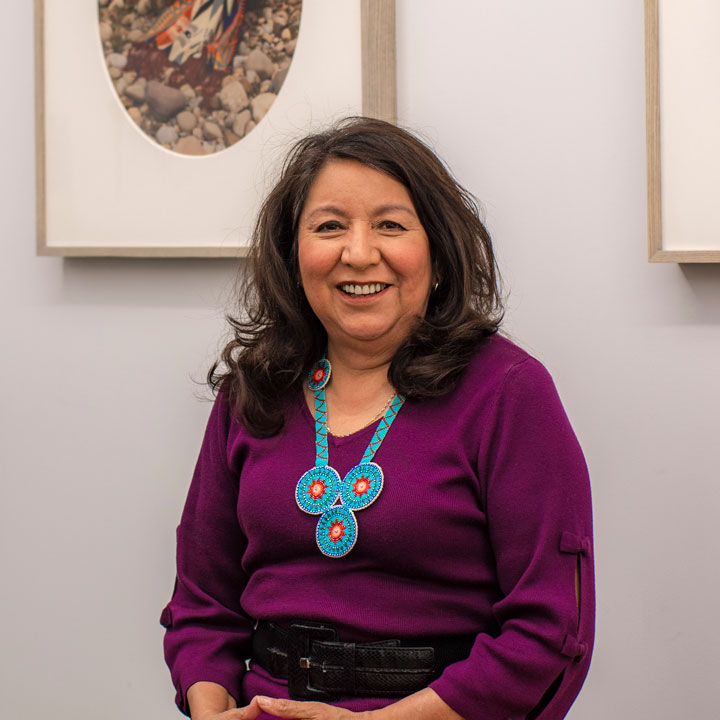 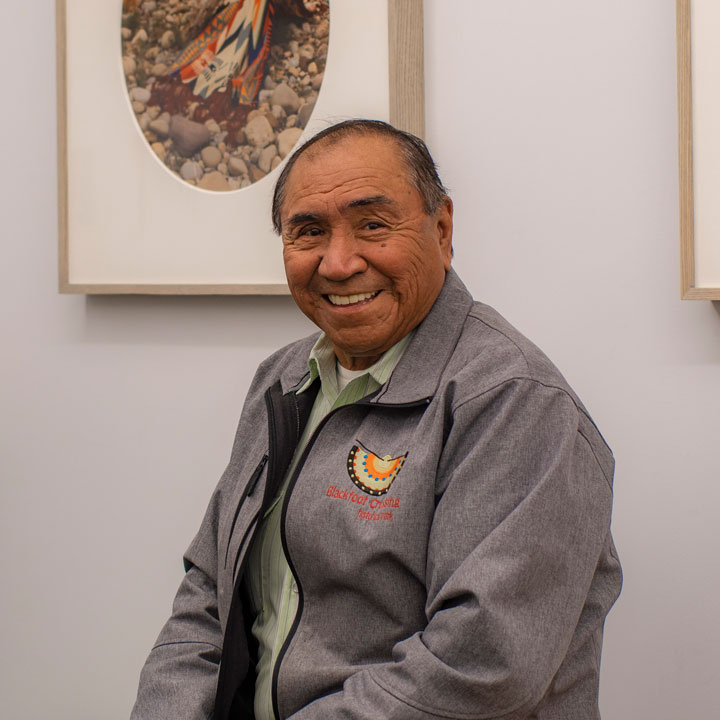 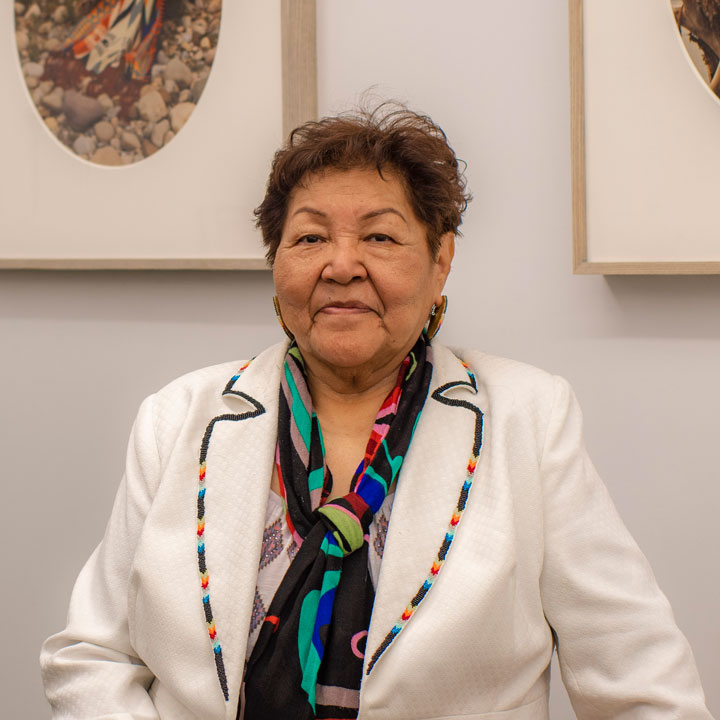 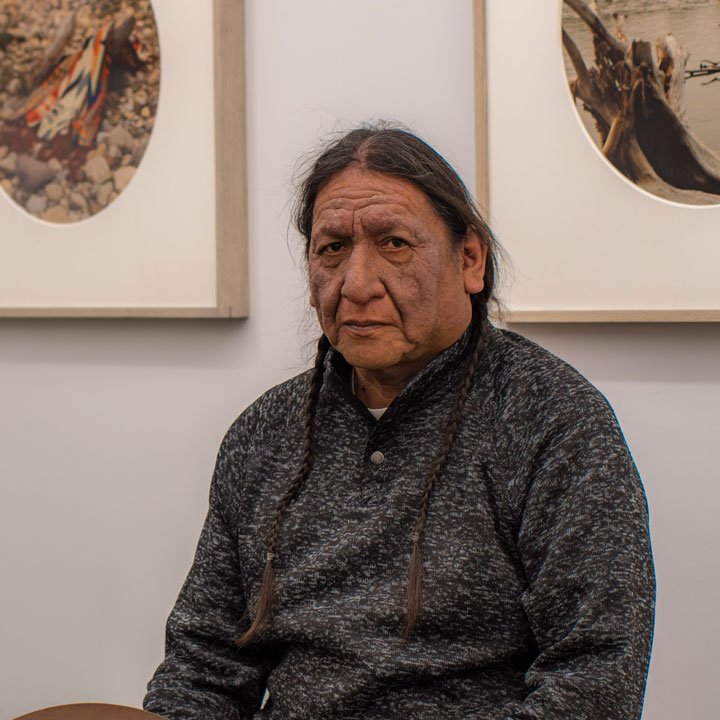 Clarence Wolfleg Sr. (Agar) is from the Siksika Nation. His traditional name, Miiksika'am, translates to “Red Crane.” This traditional Siksika name was also his fourth great grandfather’s name, who watched their eastern Siksika boundaries for many years back in the late 1700s.

In 2013, Clarence finished his last term with Siksika Nation Chief & Council. He was elected for ten terms as a member of Siksika Council and served under many Siksika chiefs.

Clarence is a member of the Sacred Horns’ Society (Transfer of Sacred Bundle 2015) and the Brave Dog Society, which are traditional Blackfoot Societies. He is a five-year veteran of International Peace Keeping (NATO & UN) in the mid 1960s. Upon his return from the Peace Keeping Initiative, he became a police officer and served 14 years as RCMP Supernumerary Constable, and later as Alberta Special Constable.

Clarence also served as Chief of Police for the Siksika Nation and worked for Corrections Canada. He was also employed with the Native Counselling Services of Alberta (Native Programs Coordinator, Southern Alberta Area Supervisor) and was one of the first AADAC Outpatient Directors and trained through Nechi (Addictions Counsellor).

Presently Clarence is recognized as a Siksika Traditional Spiritual Leader by Siksika Nation and is a spiritual advisor (Elder) at MRU, BVC (Iniikokaan Centre), Sunrise Addiction Services, Heritage Park, Calgary Board of Education, SAIT, and City of Calgary.

On November 5, 2020, Clarence was honoured by MRU with an Honorary B.A. in Sociology. 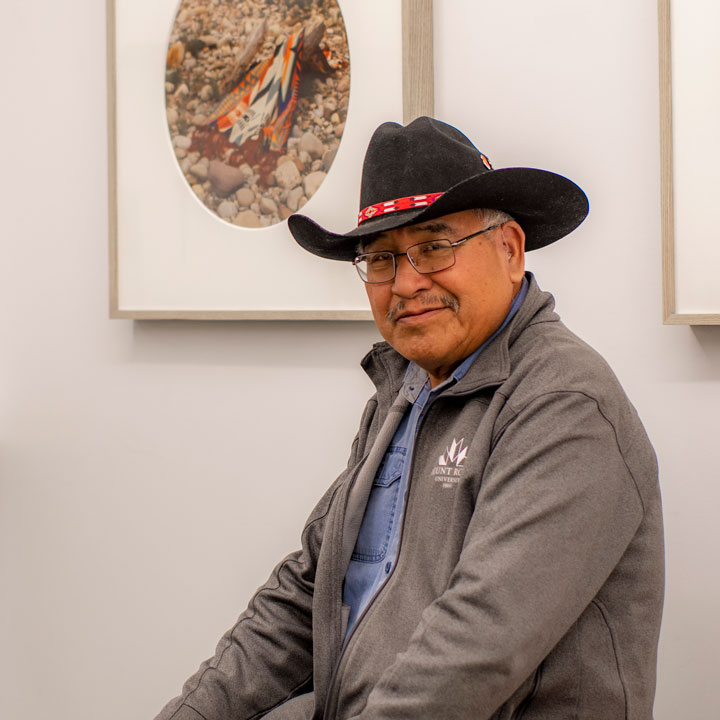 Adrian’s research and subsequent writings have formed foundational documents on Indigenous homelessness in Calgary and Edmonton. Published internationally, he has educated tens of thousands of individuals about Aboriginal Peoples’ history, culture, and protocols as an Educator, Executive Director, and Elder. A personal highlight for Adrian was providing cultural guidance and expertise to the Canadian, French, and Belgian governments for the 2005 Aboriginal Calling Home Ceremony.

To meet virtually with an Elder or Knowledge Keeper through the Library's Elders' Guidance Circle, please submit a request through our online form